This section explains the Dropbox colors, values, and how they’re used across our three main applications: See, Buy, and Use.

Each color is WCAG-compliant—4.5:1—with either Graphite or Coconut. We can divide the color palette into three categories: 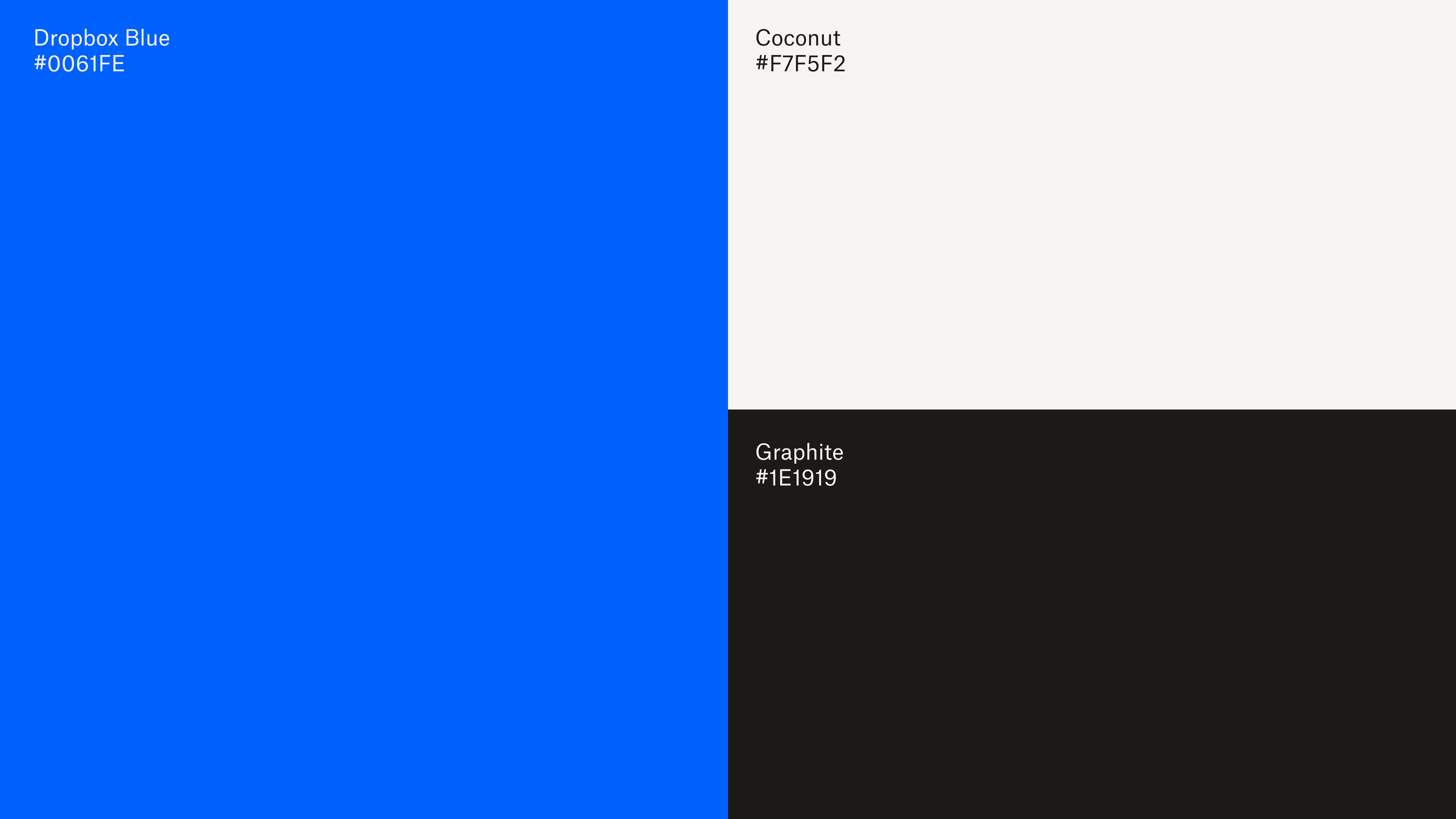 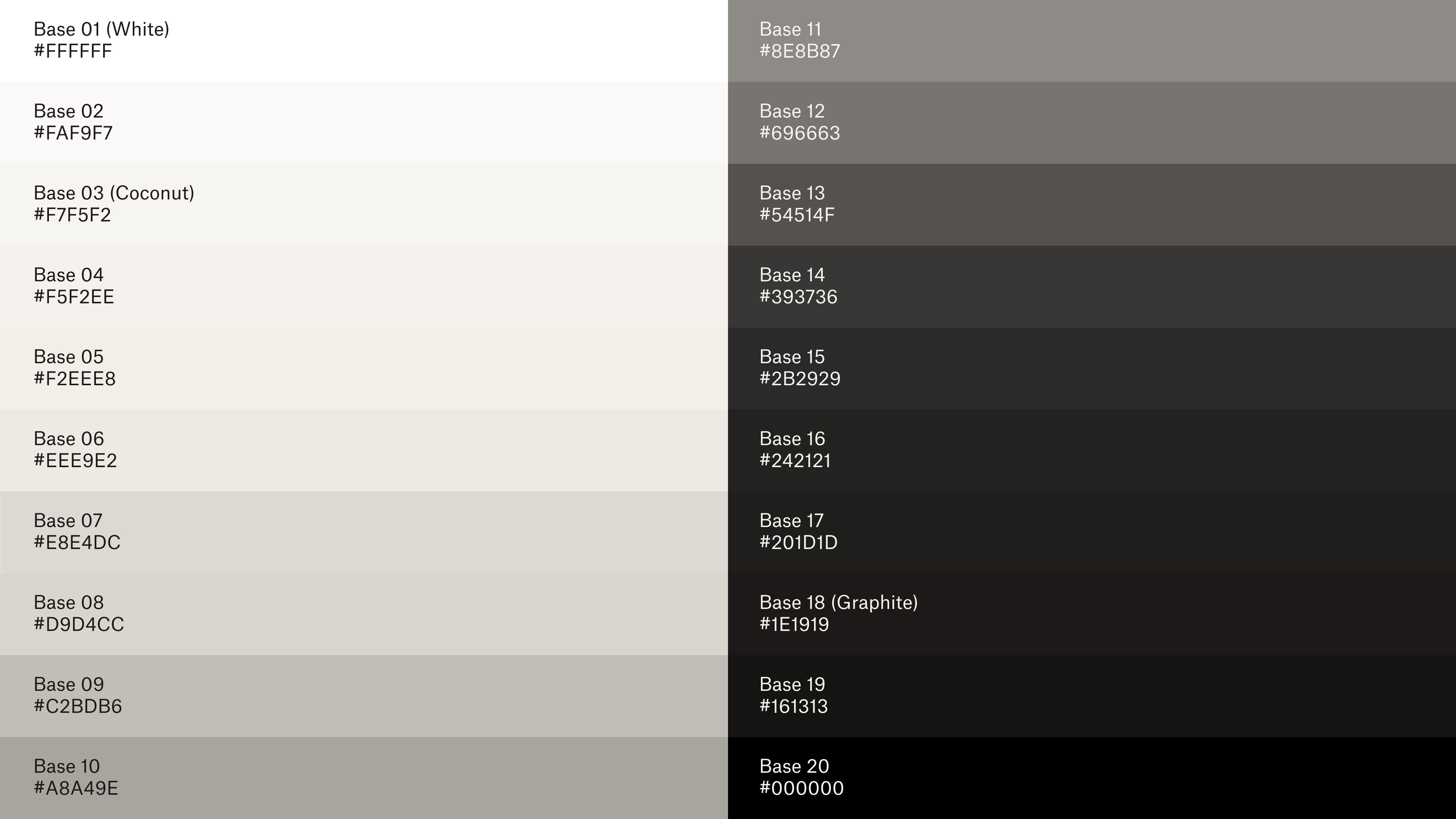 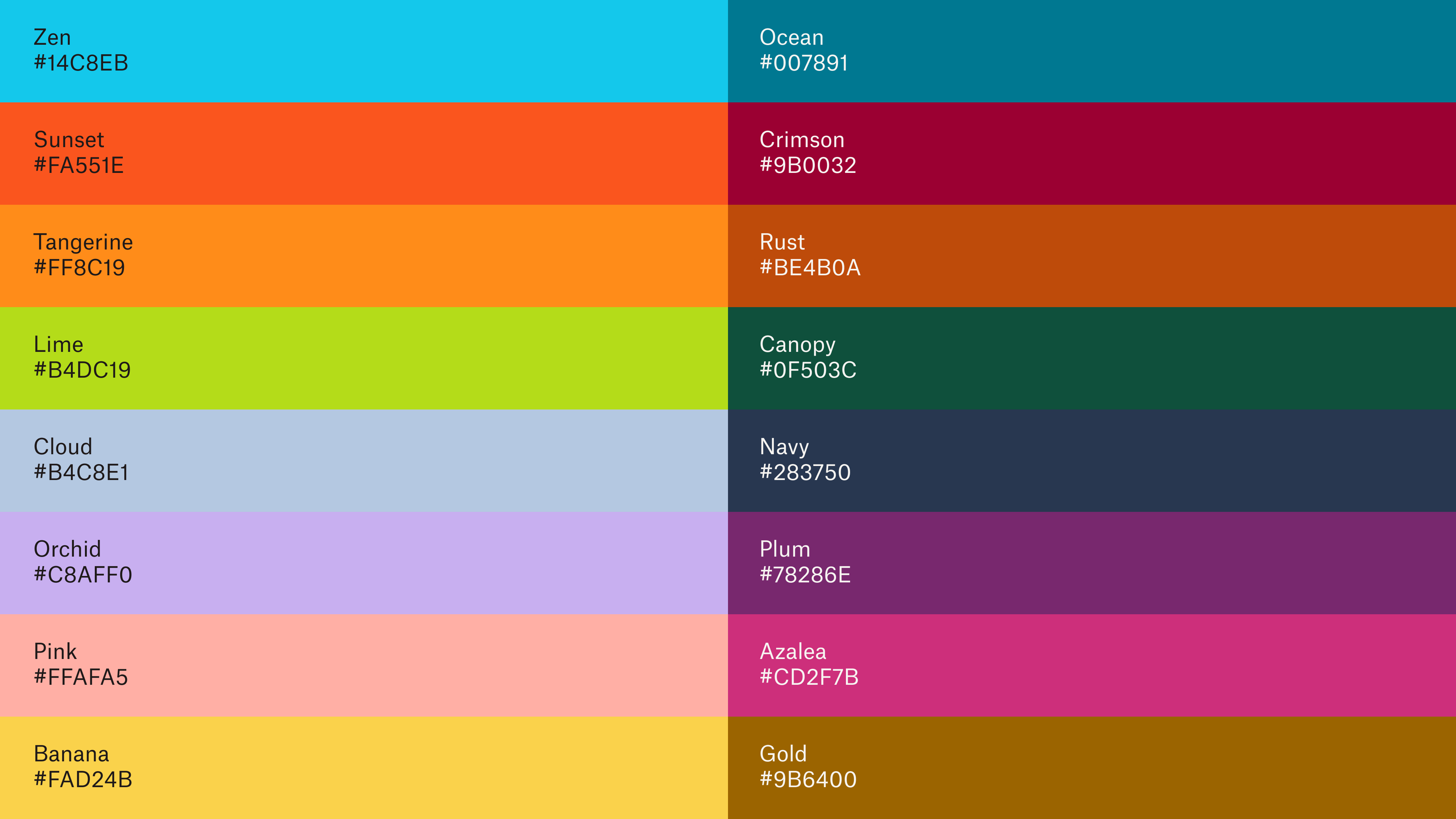 While technically these are base colors, they appear so consistently in our communications that they deserve the moniker “core” alongside Dropbox Blue.

Accent colors bring flexibility and musicality to the expression of our brand—primarily as flood colors in planes layouts, and in illustrations.  Note: The accent color palette is WCAG-compliant to a 4.5:1 contrast ratio with either Graphite text (lighter colors on the left) or Coconut text (darker colors on the right).

Always use Graphite or Coconut for text and buttons that appear on planes of color. 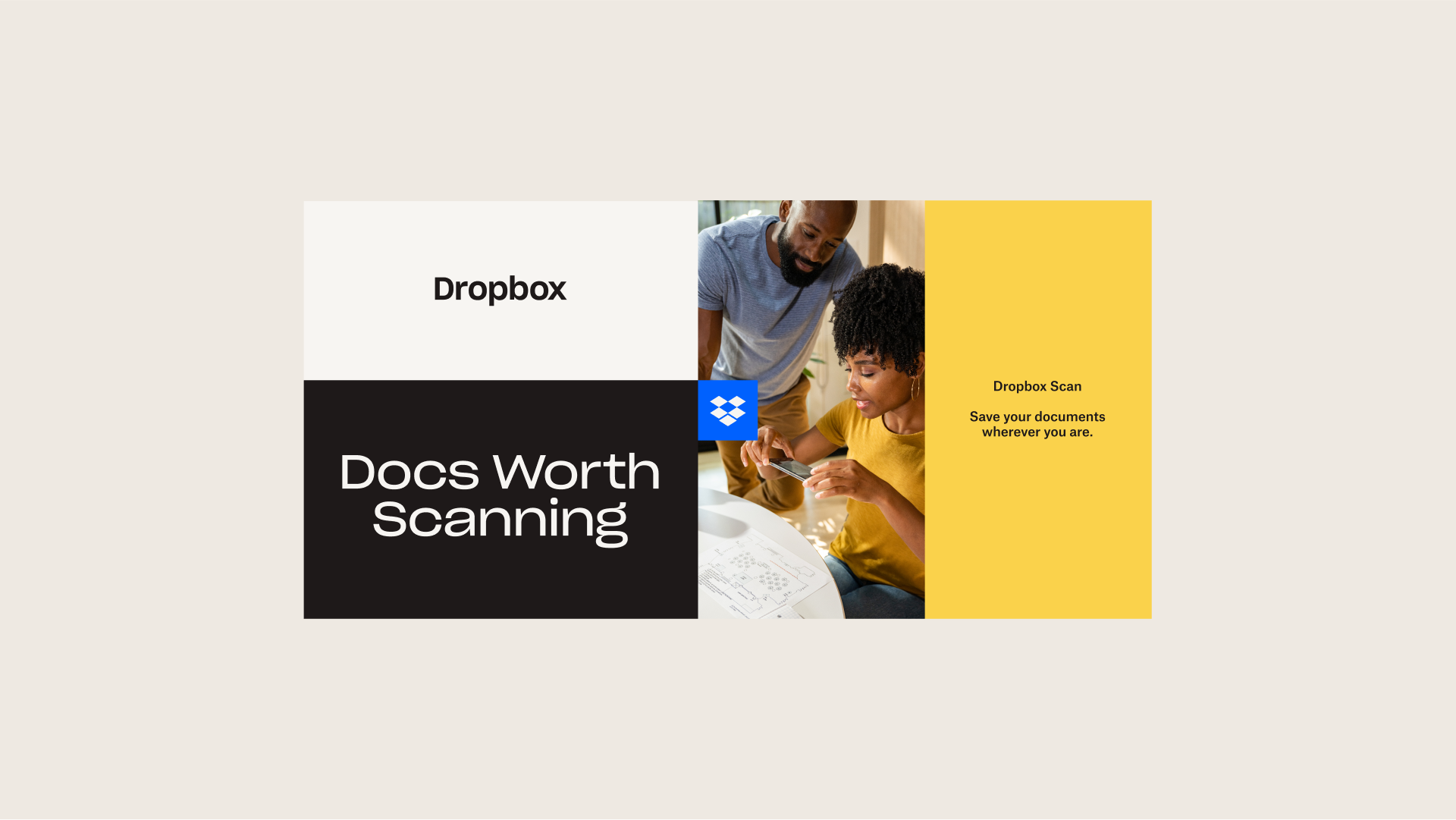 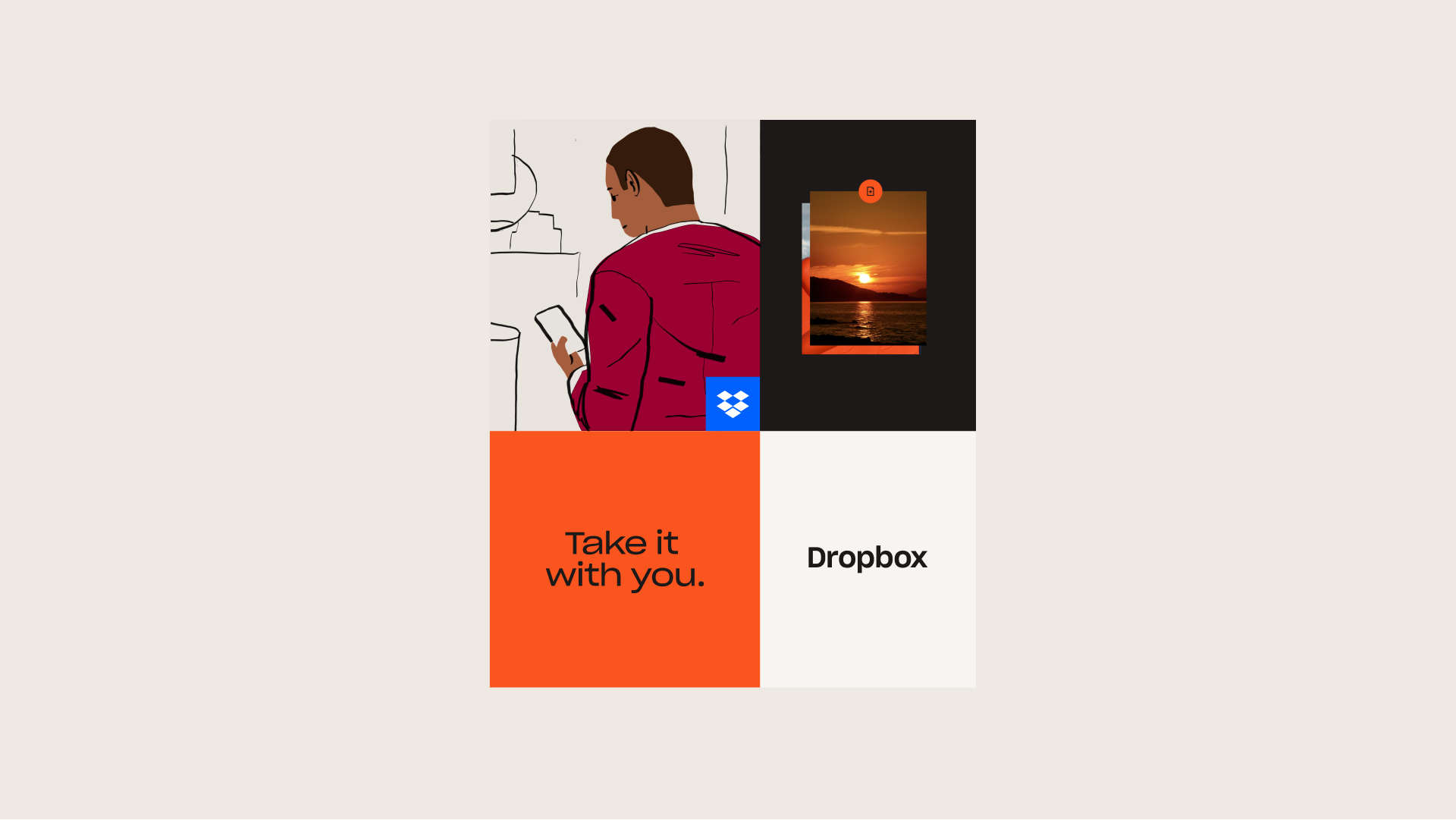 Example of harmonious color use. The red in the photo in the top right plane is analogous to the red in the illustration and the accent color in the bottom left plane. 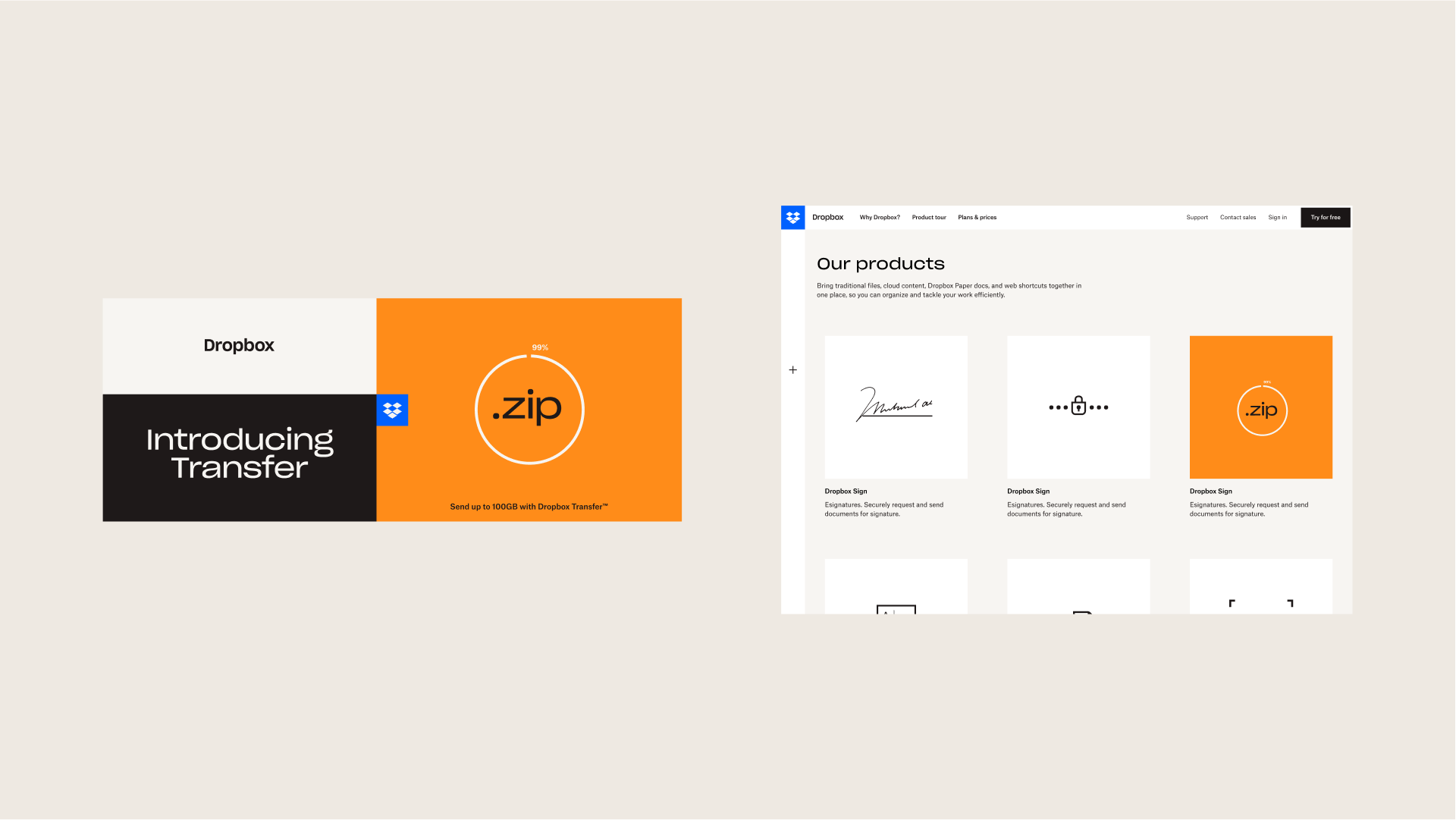 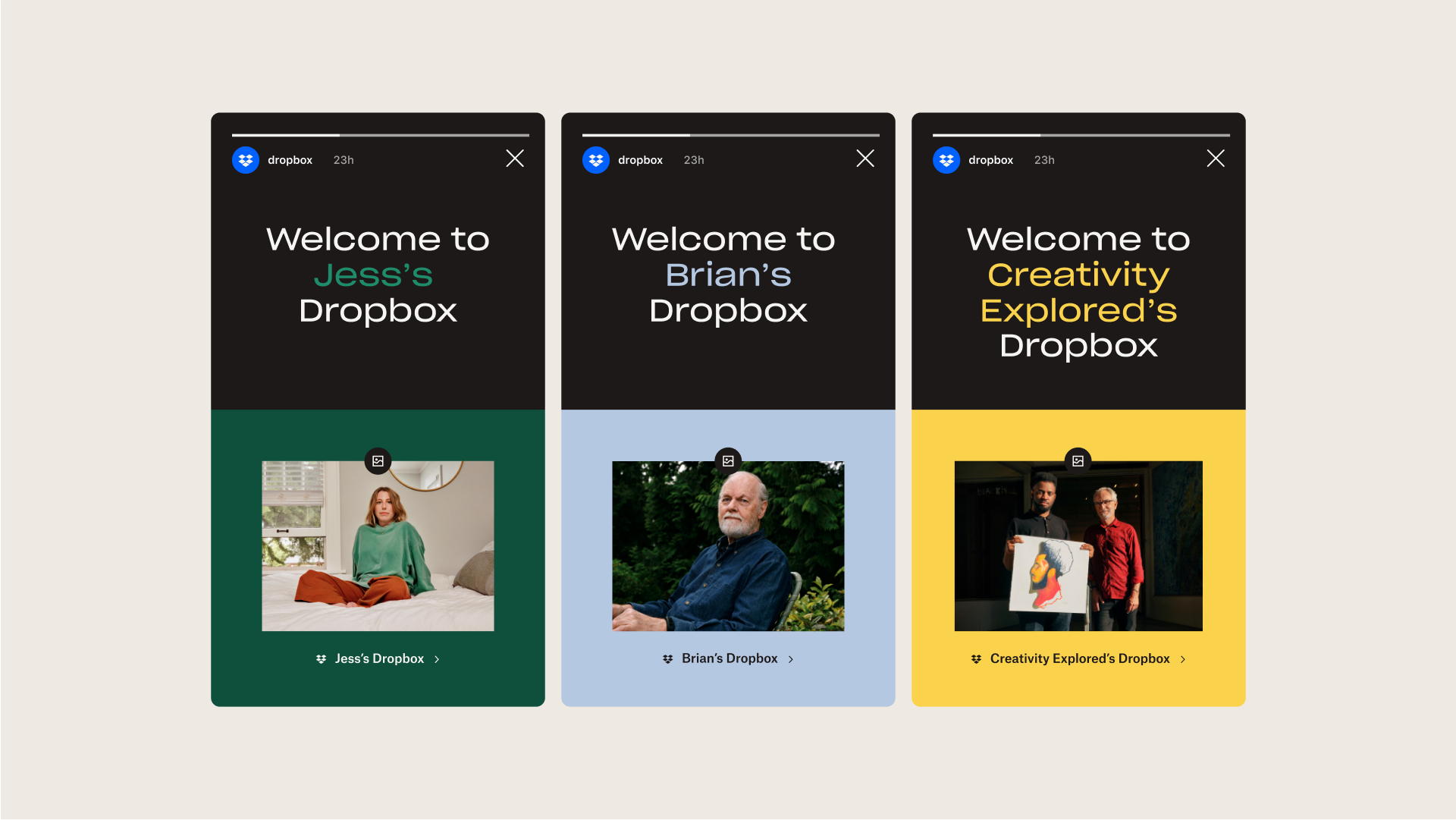 Example of highlight a specific word for emphasis. 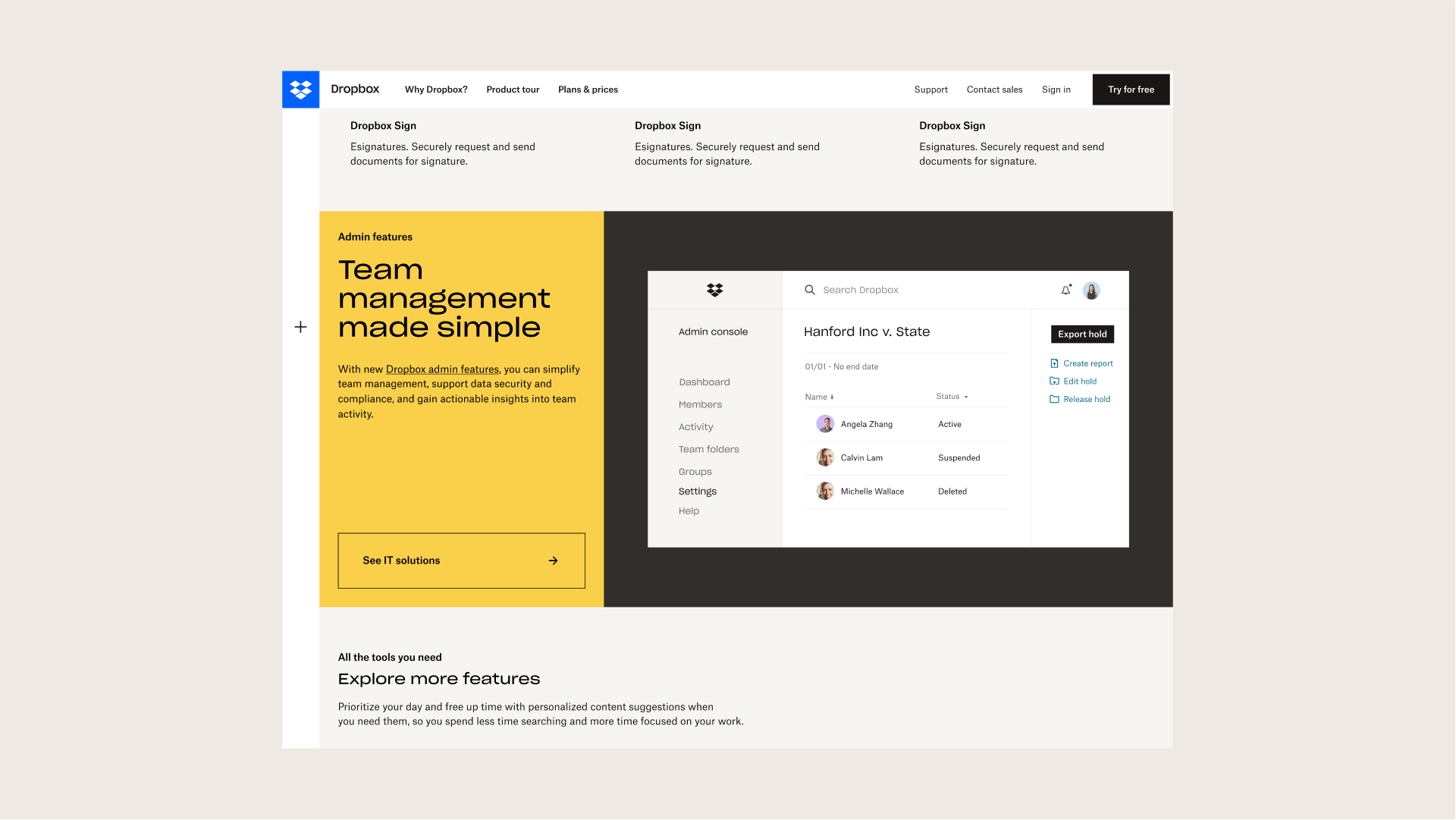